Purpose of the gender analysis tool 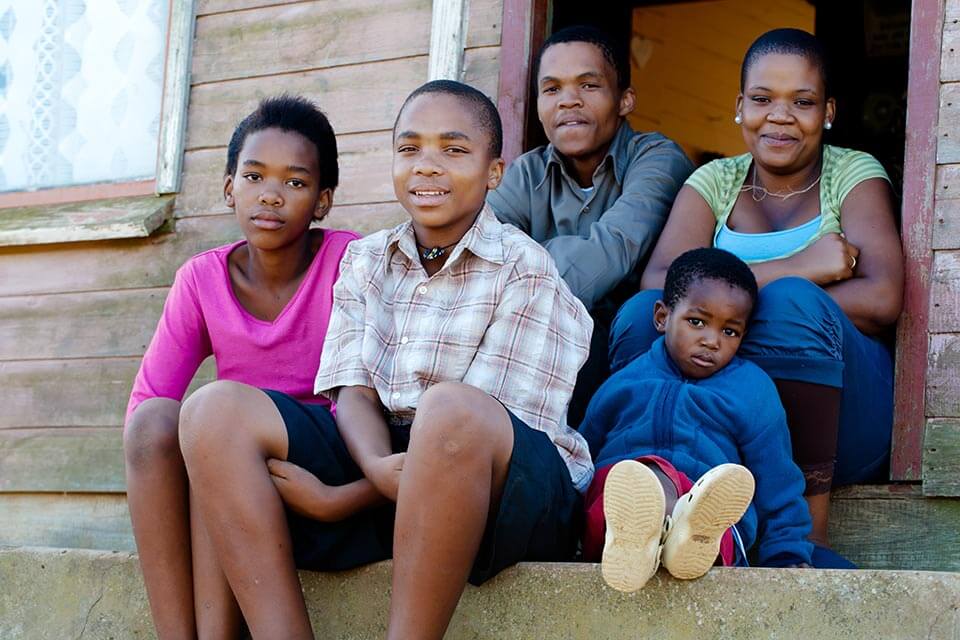 The Jhpiego Toolkit is designed to guide staff in developing countries baseline or Knowledge Attidude & Practice (KAP) studies on what types of gender related information should be included.

The purpose of the Gender Analysis Toolkit is to provide research questions to guide data collection when performing a project-level gender analysis. The Toolkit provides illustrative questions related to the five domains described in United States Agency for International Development’s (USAID) Automated Directive System (ADS) 205, which are: 1) Laws, regulations, and institutional practices; 2) Cultural norms and beliefs; 3) Gender roles, responsibilities, and time used; 4) Access to and control over assets and resources; and 5) Patterns of power and decision-making. The tool presents illustrative general and health area-specific questions organized in matrices related to different levels of the health system. This is to identify more precisely the evidence of gender inequalities relevant to programs focused on different levels of the health system.

The Jhpiego Toolkit is designed to guide staff in developing baseline knowledge, attitude and practice (KAP) studies on what types of gender-related information should be included. It is also designed for those working at different levels of the health system. For example, it includes orientation on the type of gender-focused information relevant at the Service Delivery Level for quality of care and work-related issues affecting health workers. At the district level, it provides guidance on questions about resource allocation, human resource issues, referral and logistics systems.

At the national level, it focuses on questions relevant to policies, monitoring and evaluation (M&E), and information systems. All in all, the questions are much more specific than most gender assessment guides or checklists, which mostly ask about “gender inequalities/issues” more broadly. For example, we ask things like: what decisions do men/women make in the household with respect to family planning (FP), antenatal care (ANC), voluntary counseling and testing for HIV (VCT), prevention of mother-to-child transmission of HIV (PMTCT), and other types of interventions? These questions help identify gender inequalities and constraints that affect the achievement of health program objectives and produce adverse health outcomes for women, girls, men and boys.

The collection of Annotated Resources is somewhat eclectic based on what is available and accessible online. It includes a variety of survey and participatory tools, as well as checklists, indicator guides and training manuals that provide modules on gender analysis. Other gender integration resources are available at the Interagency Gender Working Group (IGWG) website and at the IGWG Gender and Health website.

Gender refers to the socially constructed roles, behaviors, activities, and attributes that a given society considers appropriate for men and women (WHO 2013b). Gender inequalities arise from systemic differential and unequal treatment of women and men articulated through economic, social, and political institutions that systematically reinforce unequal roles, decisions, rights, and opportunities. In most societies, structural inequalities disadvantage women relative to men who, as a whole, generally enjoy greater exercise of power and access to opportunities than women. Particular groups of women and men, based on wealth, education, race, caste, ethnicity, and age (among other social variables), may be more or less advantaged than others.

The Toolkit is intended for program officers, managers, and technical staff that develop program objectives, design activities, formulate and monitor indicators, and support implementation. Although a staff member or consultant with gender expertise may conduct the gender analysis, the engagement of other project actors in development of the scope of work and review of findings from primary and secondary sources will improve the likelihood of addressing gender equality and determinants of health in project design, implementation, and M&E. The better a gender analysis is aligned with the objectives of the project and the local context, the more useful the findings and recommendations.

Gender refers to the socially constructed roles, behaviors, activities, and attributes that a given society considers appropriate for men and women. (WHO 2013b)

Gender inequalities arise from differential and unequal treatment of women and men, articulated through economic, social, and political institutions that systematically reinforce unequal roles, decisions, rights, and opportunities. In most societies, structural inequalities cause a disadvantage to women relative to men who, as a whole, generally enjoy greater exercise of power and access to opportunities than women. Particular groups of women and men, based on wealth, education, race, caste, ethnicity, and age (among other social variables), may be more or less advantaged than others.

Gender equality is widely recognized as a core development outcome in its own right (World Bank 2011). Institutions, program implementers and policymakers increasingly acknowledge gender equality as critical to improving the health of populations around the world (Kim et al. 2013, Grépin et al. 2013, World Bank 2011, WHO 2011c, Sen and Östlin 2007, USAID 2012, Yamin 2013a, 2013b). However, while attention to gender equality is becoming more prominent on the global agenda, it is still absent or misunderstood operationally by many of the global players (Hawkes et al. 2013).

Gender integration in health is the process of creating the knowledge and awareness of gender, and the responsibility for addressing gender in health systems and programs. Gender integration is now a policy of most major donors and governments around the world. Increased gender equality is firmly linked to enhanced productivity, better development outcomes for future generations and improvements in the functioning of institutions (Grépin et al. 2013, World Bank 2011). 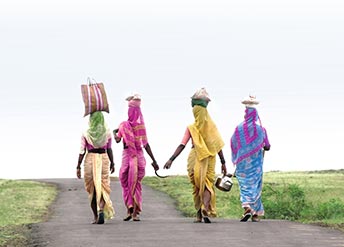 A health system that responds adequately to health conditions associated with gender inequality is a system that has the capacity to address gender norms, roles and relations through policies, programs, and health services (WHO 2011). Gender integration is a strategy to ensure that both women and mens’ concerns and interests are reflected in health systems’ operations and institutional structures. To make health systems responsive and accountable for gender equitable outcomes, it is necessary to integrate gender considerations into health policies, programs and services from design through final evaluation.

Discrimination against women and girls, including gender-based violence, economic discrimination, reproductive health inequities, and harmful traditional practices, remains one of the most pervasive forms of inequalities and one of the most important underlying causes of poor health outcomes for women and children. (UN 2013a:36)

A focus on gender equality examines how differences in power relations result in differential risks, exposures, vulnerabilities, and outcomes in health for men and women. Gender-integrated approaches treat women and mens’ relative social, political, economic, educational, and health status as interrelated, intersectional and interdependent, but also changeable. Consequently, to be successful, gender-focused health programs often have to be multi-sectoral and engage a wide variety of women and men stakeholders, regardless of whether the focus of the program is on women’s, children’s, or men’s health.

To achieve these outcomes, USAID expects programs to implement a variety of strategies. For example, the President’s Emergency Plan for AIDS Relief (PEPFAR) Strategy specifies that its programs be required to:

What is the Difference between a Focus on Women’s Health and Attention to Gender Equality in Health?

Typically, a focus on women’s and girl’s health examines health conditions and morbidities associated with women’s reproductive roles, without examining the unequal social dynamics that also produce poor health outcomes. Programs that are designed to address women’s and girls’ health typically focus on their health needs without examining how their subordinate positions in households, communities, and the larger societies in which they live contribute to their health-related behaviors, health status and outcomes.

A focus on women’s health does not necessarily include examination of how women’s health is affected by inequalities in the division of labor, allocation of resources, decision-making, or mobility. Men and boys are rarely engaged as part of women-focused health activities. As a result, differences in health outcomes between women and men are often essentialized in so far as they are perceived and treated as fundamentally related to differences in sex-linked physiological differences that by nature align with men’s and women’s different roles. For example, women are regarded as the primary caretakers of children because of their physiological capacity.

A focus on gender equality examines and attempts to rectify how differences in power relations result in differential risks, exposures, vulnerabilities, and outcomes in health for men and women. Gender integrated approaches treat women and mens’ relative social, political, economic, educational, and health status as interrelated, intersectional, interdependent, and changeable. Consequently, to be successful, gender-focused health programs often have to be multi-sectoral and engage a wide variety of male and female stakeholders, regardless of whether the focus of the program is on women, children, or men’s health.

Although attention to gender inequalities in health programs is linked to other types of concerns, such as socioeconomic equity, human rights, and respectful, quality care, it is not synonymous with nor superseded by these other issues. Table 2 highlights some key differences in focus between gender equality, human rights, and quality of care.

Table 2: Comparison of Approaches Based on Attention to Gender, Human Rights, and Quality of Care

All three of these approaches are important and complementary for a well-functioning health system. Although they are overlapping approaches, they often address different levels of the health system, with quality of care focused principally on health care delivered through health services. Human rights approaches focus principally on policy and policy implementation. Gender integration approaches focus on all levels of the health system. Attention to gender inequality in combination with a human rights perspective results in an approach that focuses on structural discrimination and deprivation of rights of women and girls (Yamin 2013a). In focusing on women’s and girls’ rights, human rights-based approaches also seek to address the underlying inequalities that deny women and girls their rights, including gender inequality.

Although this may not be the case with all human rights-based approaches, it is true regarding women’s and girls’ rights because of the commitments made by most countries in the International Conference on Population and Development Program of Action and in Beijing at the International Conference on Women, which, in combination with the International Conference on Population and Development, stipulated empowering women in their relationships, and through policies, laws, and health services (Yamin 2013, IIMMHR 2010). When women and girls are able to exercise their rights to health care unencumbered by gender discrimination, they are able to demand quality health care. Similarly, health workers who experience gender discrimination and are not able to exercise their own rights are unlikely to be able to deliver quality health care.